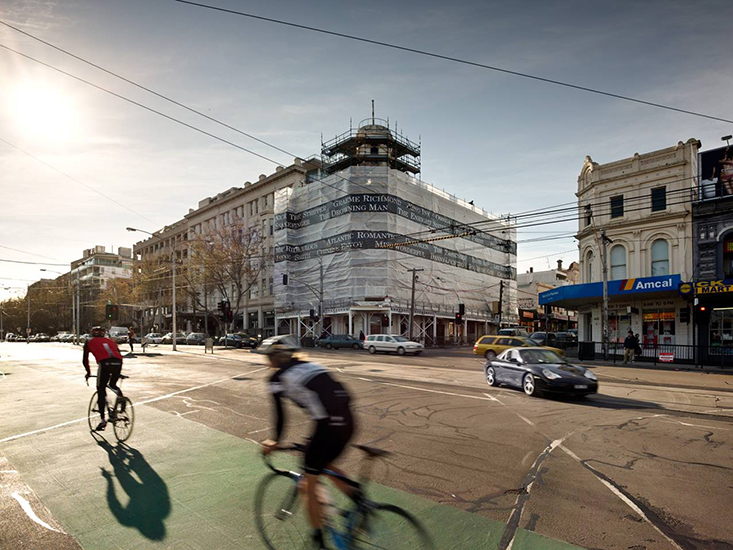 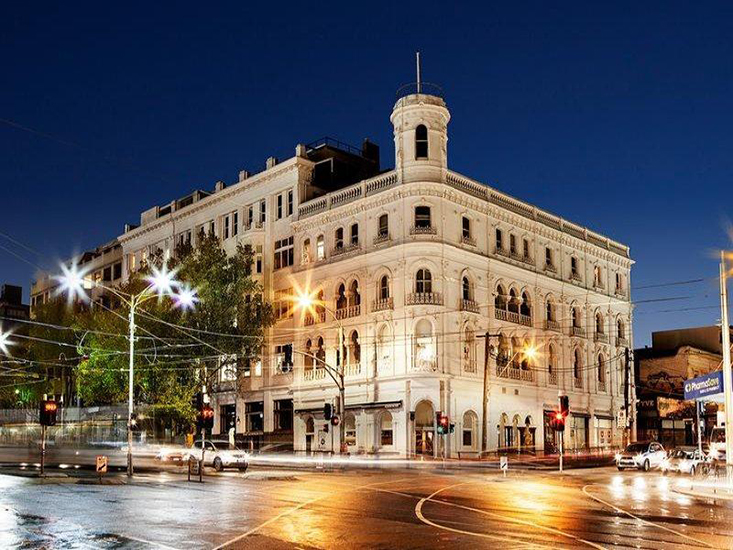 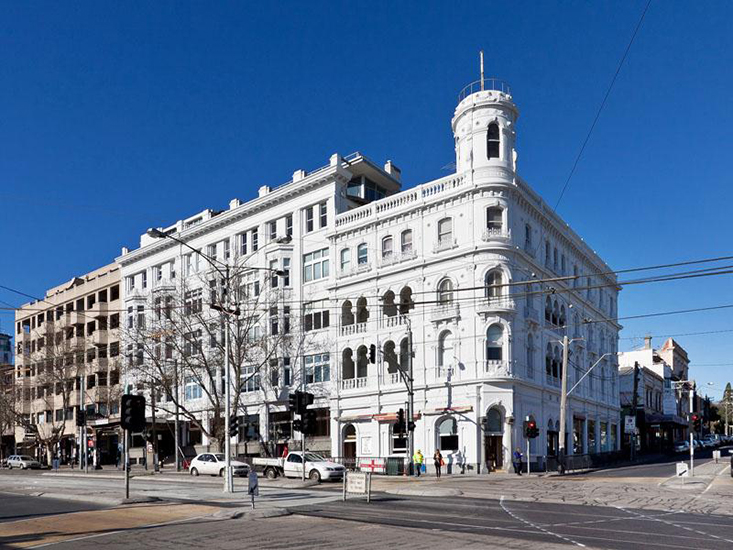 The project extensively refurbished the entire facade of the George Seaview Apartments with concrete remediation, structural re-build, waterproofing, plaster moulding and render work together with a breathable silicate protective topcoat. The dilapidated facades (c. 1841 and 1925) wer suffering from concrete cancer, damaged mouldings and plasterwork as well as structurally compromised parapets. Internal works were conducted relative to BCA compliance for fire and amenities.

Broad consultation was conducted with stakeholders, including tenants and user groups, Heritage Victoria and City of Port Phillip as well as with service supply authorities and the community in general. Artwork was commissioned for the scaffold during construction with relational references to the building’s prominent history.

We assisted with the procurement and programming of site work and staging to maintain the commercial premises operations during the construction phase.