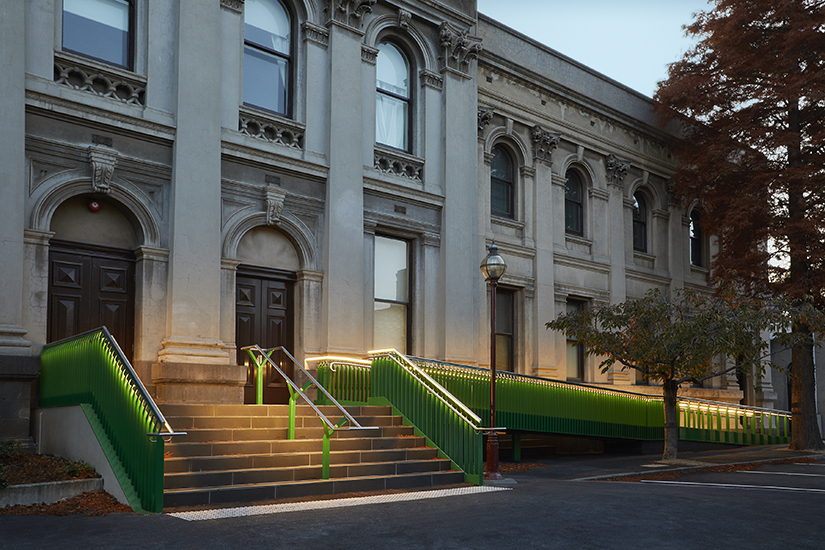 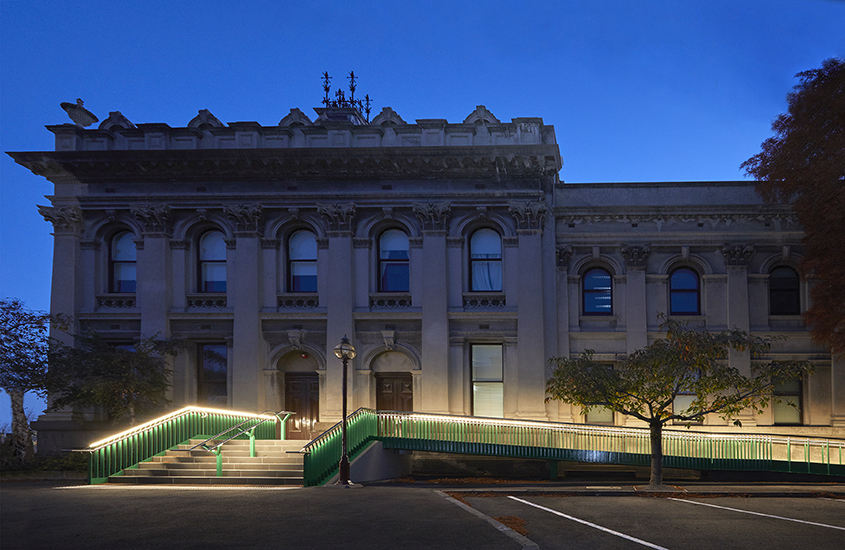 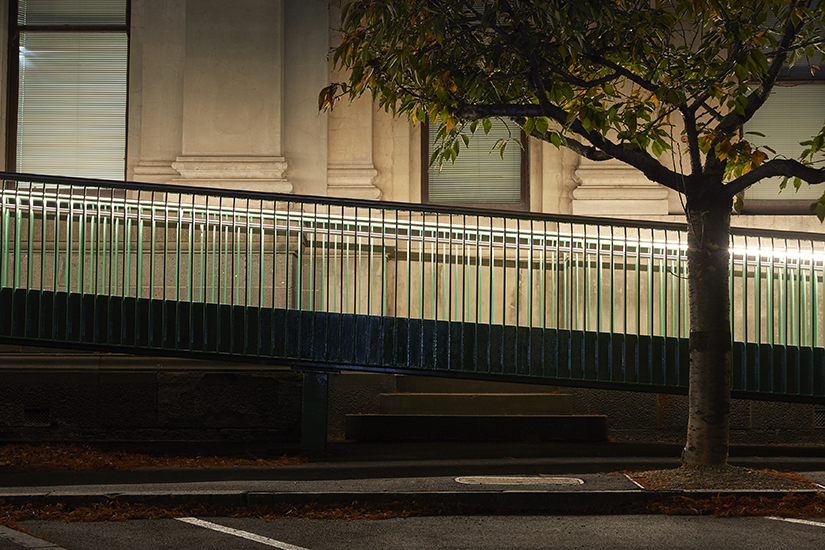 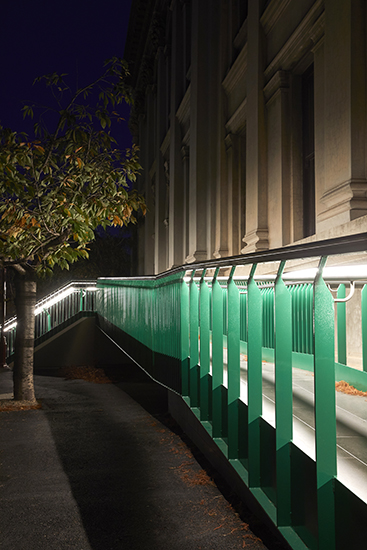 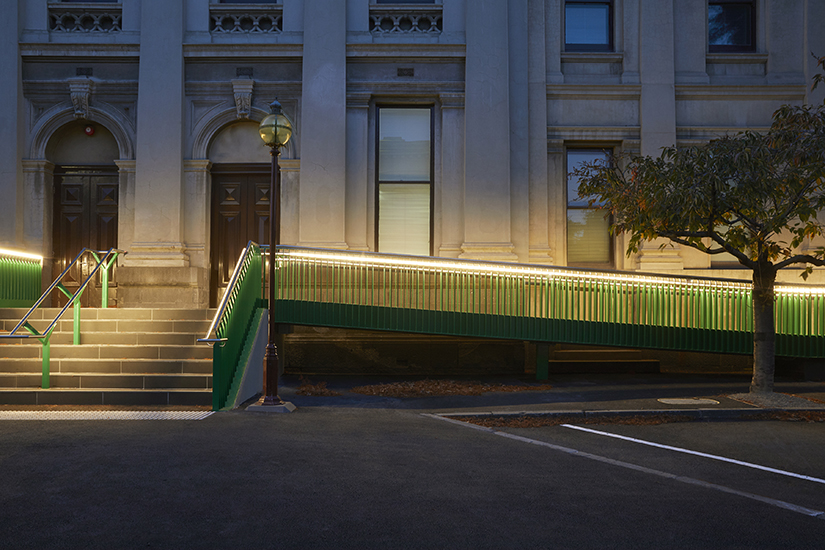 This project provides a new accessible entrance to the eastern side of the South Melbourne Town Hall.  The ramp was constrained by existing trees, entrances and levels on the east facade which dictated a gentle kink in the access ramp to retain the significant street trees and maintain a path of travel.   Profiled steel balusters emphasise the fall of the ramp and a kink as a new topography coated in green as a reminder of this area previously known as the Emerald Hill.    The Emerald Hill was known as such due to the volcanic soils producing a distinctive green top in an area surrounded by brown marshes.