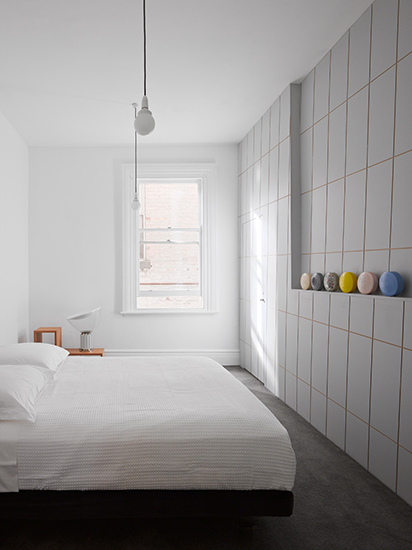 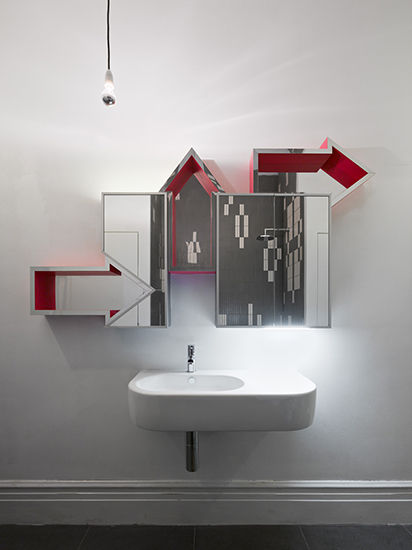 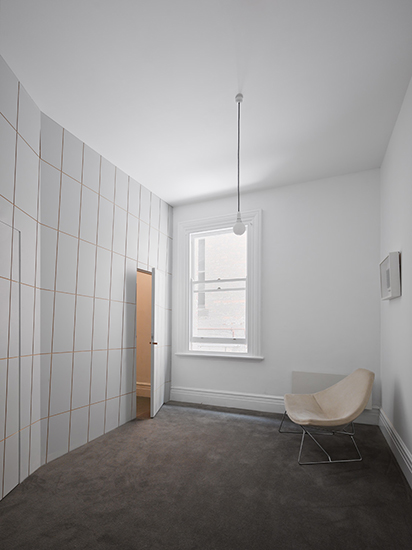 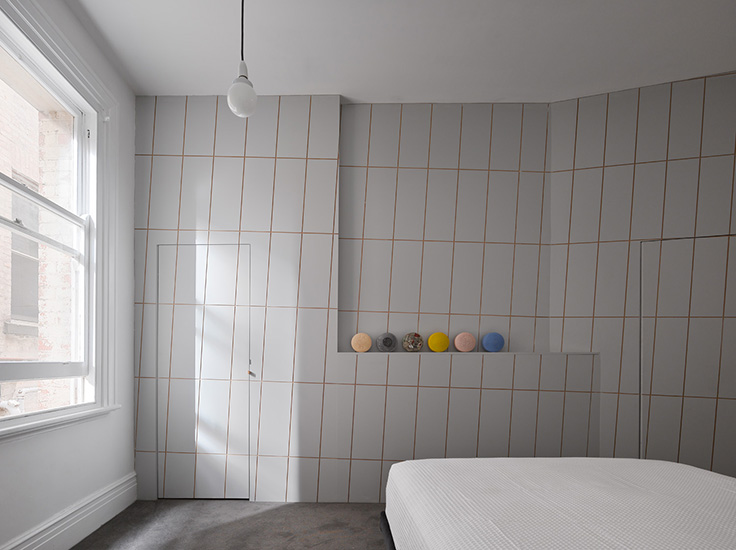 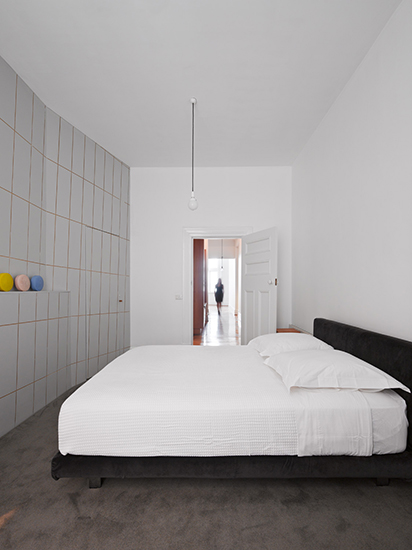 This apartment project sought to explore the cultural history of the George Seaview Hotel building, in particular the folklore of the 1970's and 80's punk sub-culture for which it is synonymous, and unrealized urban plans for the area. The bathroom cabinet is a 3D manipulation of the graphic for the 1970's experimental band with no name (pronounced 'tsk tsk tsk'). Similarly, the bathroom tiling uses an elongated frozen moment in the automatic 'game of life' pattern, reminiscent of graffitti artists from the 1980's and defining the inner space of the bathroom. The bathroom is clad in a routered wall panelling which uses a 'found' concentric geometry from the unbuilt urban layout of the 1880's opposite the building. It creates a subtle pattern referencing the greater urban context and enveloping the later cultural findings of the 1970's and 80's.  Photographs: Peter Bennetts.